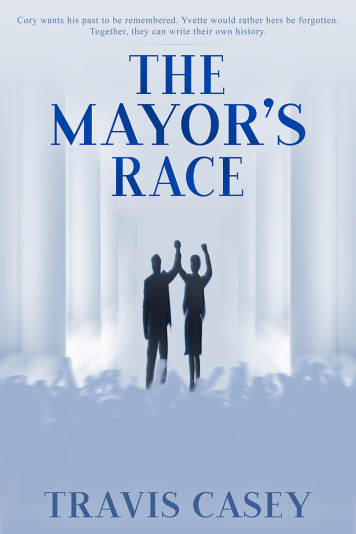 Cory wants his past to be remembered. Yvette would rather hers be forgotten.

Together, they can write their own history.

Cory Logan retired from boxing after winning millions of dollars, but he never won a world title. When he dies, all he'll have is a headstone that no one will visit. To live in infamy, he wants a sports facility named after him. The only thing that stands in his way is the mayor of Hilton Head, who insists it be named after an African American.

Yvette Tyson is frustrated since she divorced her cheating husband. She struggles with her new life, embarrassed by her past and unable to gain the respect she once had. Does she really have to spend the rest of her life working the graveyard shift at the supermarket?

When Cory runs into Yvette, their past lives converge. It soon becomes clear that Yvette winning the mayor's office would benefit both of them.

It's a simple case of Black and White.

Note from the Author:

I promised myself when I began writing that I wouldn't "write safe." That's no fun. And although I don't set out to be offensive, some people simply look for it. That is not my intent. But I love satire, that is to say, making fun of the world we live in. It's gone crazy. This book reflects the lunacy of politics and how race, which was once an obstacle, can now be an advantage if played correctly.

The Mayor's Race on Amazon.com

The Mayor's Race on Amazon.co.uk