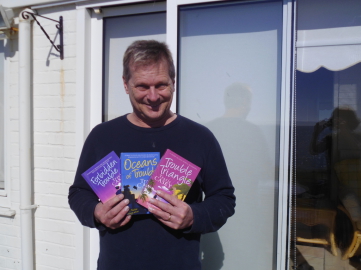 Nine years in the United States Navy gave me life experience, numerous good times, and enough material to write my first book. I had written my Naval memoirs, "Tin Cans and Bubbleheads." Then someone in my writer's group asked "Who's going to be interested in the memoirs of a nobody?" True, I wasn't the Captain of a Navy warship. Nor was I ever a Navy SEAL, and I had never captured a terrorist kingpin. Did I want my mom to read it?  Not on your Nellie. Mom thinks I liberated the Philippines not simply took sex education classes there. So my first book was shelved.

HOWEVER, I had too much material to throw away. Why not stretch the truth a bit, distort it a tad, and invent a guy crazier than me. Hello, sailor--a sailor named Tyler Chambers. Tyler and I do have a lot in common, but he really was wilder than me. The craziest parts of the books are down to him, not my real-life experiences. Honest.

I hope you have as much fun reading it as I did writing it. I've posted some pictures of the real places Tyler and I shared. It's funny how alike Tyler and I look in some of the pics. As for Darcy, Stacey, and Oscar, I post pics of characters over my desk while I write novels for inspiration. I often stare at them asking,  "C'mon, Stacey, what are you thinking?"

Tyler Chambers enlisted in the Navy in 1982 to avoid a stint in jail. His first duty station was shore duty

One of his favorite haunts was Hotel Street in Honolulu, also know as "Shit Street." Strip clubs, tattoo parlors, ladies of the night--yes, a sailor's playground.

Also in the book, he spent ten days on the island of Kahoolawe (just like I did). The Navy used it for target practice and every month a detachment was sent out there to pick up the shells and paint new targets. It's all in the book.

And it is now FREE on Amazon. Join Tyler in Honolulu and found out how his life became entangled in a TROUBLE TRIANGLE

Tyler left Subase Pearl Harbor and transferred across the base where he got on the USS Expectation, a seagoing frigate. He was excited as they left Hawaii and set sail on a six month cruise around the Western Pacific. He visited the Philippines, Korea, Singapore, and Australia--but it wasn't always smooth sailing.

Besides one of his shipmates trying to kill him, his commanding officer was trying to lock him up for an alleged illicit affair. And crossing the equator brought on cerimonial traditions that would have a lesser man jumping overboard. His ship also ran into an encounter with a Russian aircraft carrier.

Life can be tough when your sailing in

Tyler wanted to relive another WestPac like he did in Oceans of Trouble. So he re-upped. But his orders got switched and he wound up at Site Bravo, Sacred Loch, Scotland. He was there to fix nuclear submarines but ended up falling for his division officer, LTjg Darcy Novak. A Navy no-no should he have any ideas about bedding his boss. But if you've read the first two books of Tyler's Trouble Trilogy (which isn't necassary to enjoy this stand-alone romantic comedy), you would know trouble doesn't scare him.

Join Tyler as he weaves his way in and out of a Loch of Trouble through Scotland, France, Spain, Oklahoma, and Kentucky--all for a woman who who is

and if you like your trouble a bit racy,

is the same great story with the naughty bits uncencored

27 (book) years after we left Tyler's Trouble Trilogy, Tyler and Darcy had a son. As Tyler promised to Darcy's dad, Roscoe, he would carry on the Novak name as well as his own. Enter Oscar Novak-Chambers, Kentucky's most eligible bachelor. Oscar has everything a playboy millionaire could want. Okay, maybe he didn't want a gambling problem, but he has one. But he also has connections. And one of those connections is Louie Gomez, a notorious Louisville loan shark. As (bad) luck would have it, Oscar becomes indebted to Louie, but the gangster is not after money. He wants part of a state park and demands Oscar uses his family's good standing with the governor's office to procure it. Oscar decides the best way to the Kentucky governor is through his daughter, Stacey Davenport. In theory, it's a good plan except for the fact that Stacey works for the Kentucky prosecutor's office and Louie Gomez is on her list of villains to lock up. But Stacey is no angel. When her skeletons begin to rattle, mayhem becomes motive. 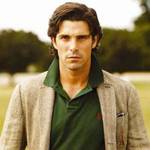